Tetracycline, an oral antibiotic that doctors sometimes prescribe for treating infections, can permanently discolor teeth, according to Mayo Clinic. Infants and children younger than age 12 are at particular risk for the drug's adverse side effects.

Because tetracycline can damage tooth enamel, kids shouldn't take it until they are at least 12 years old. If use of the medication cannot be avoided, there are dental treatments, from clinics like MyoTech Dental & Implant Center, available to correct tooth discoloration.

Discoloration of the teeth is a major side effect of taking tetracycline. Young children and pregnant women are most at risk. Adults and older children usually are not affected. Kids under age 12 are susceptible to problems because their teeth are still developing. After puberty, the risk of tooth discoloration from tetracycline lessens.

Pregnant women in their second and third trimesters and women who are breastfeeding should avoid taking the drug. Tetracycline can affect how a baby's teeth develop after birth. Teeth can become discolored or come in slowly. If you're a lactating mother, the drug passes into breast milk and can cause the same adverse side effects.

Although cosmetic dentistry can help improve a child's appearance by changing the color of teeth, the American Academy of Pediatric Dentistry does not recommend cosmetic bleaching for children until they lose all their primary teeth, usually by age 12 or 13.

While teeth whitening treatments are generally safe for kids and adolescents, bleaching teeth before all the permanent teeth come in can result in some teeth being whiter than others. That's why dentists suggest waiting on full-mouth whitening until all the permanent teeth are in. Even if a dentist repeats whitening treatments again later on, the color of a child's teeth still might not match.

Possible Side Effects of Bleaching

Despite little published research on the side effects of teeth whitening agents on children, tooth sensitivity and gum irritation are common side effects that patients report. Sensitivity is usually temporary and stops once the treatment is complete.

Gum irritation normally is caused by a higher concentration of peroxide in the whitening agent or ill-fitted bleaching trays. Using a lower concentration whitener will still do the job but will require more treatments. For kids who get their teeth whitened professionally, the bleaching trays dentists use aren't often a problem, as the trays are custom fitted to a child's mouth. 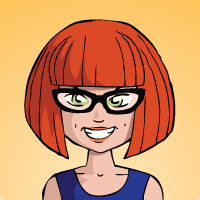 Nobody wants to see their beautiful smile lose its luster, so obviously I put a lot of effort into following the usual oral hygiene routine of brushing and flossing everyday for decades. Unfortunately, I noticed a grey discoloration as I reached middle age, and a trip to the dentist revealed that I was dealing with damage caused by tetracycline antibiotics I took as a young child with a sinus infection. It was too late to save some of my teeth, but some dental implants and quick treatment for the rest of the teeth preserved my smile before anyone else noticed what was happening. If you're dealing with the same issue, find the guidance and information you need here to get through the restoration process.